Dorothy And The Discovery Of America

Dorothy and the Discovery of America is a novel co-written by Elliott Murphy and Peter Redwhite that spans centuries and continents, part historical-novel and part a fictional diary of the current pandemic. The plot concerns the struggles, both existential and real, of physics professor Luis Torres, on a forced sabbatical in Spain, where he is writing about Columbus’ discovery of America and how, with the help of quantum physics, time and space can be condensed to the present moment. 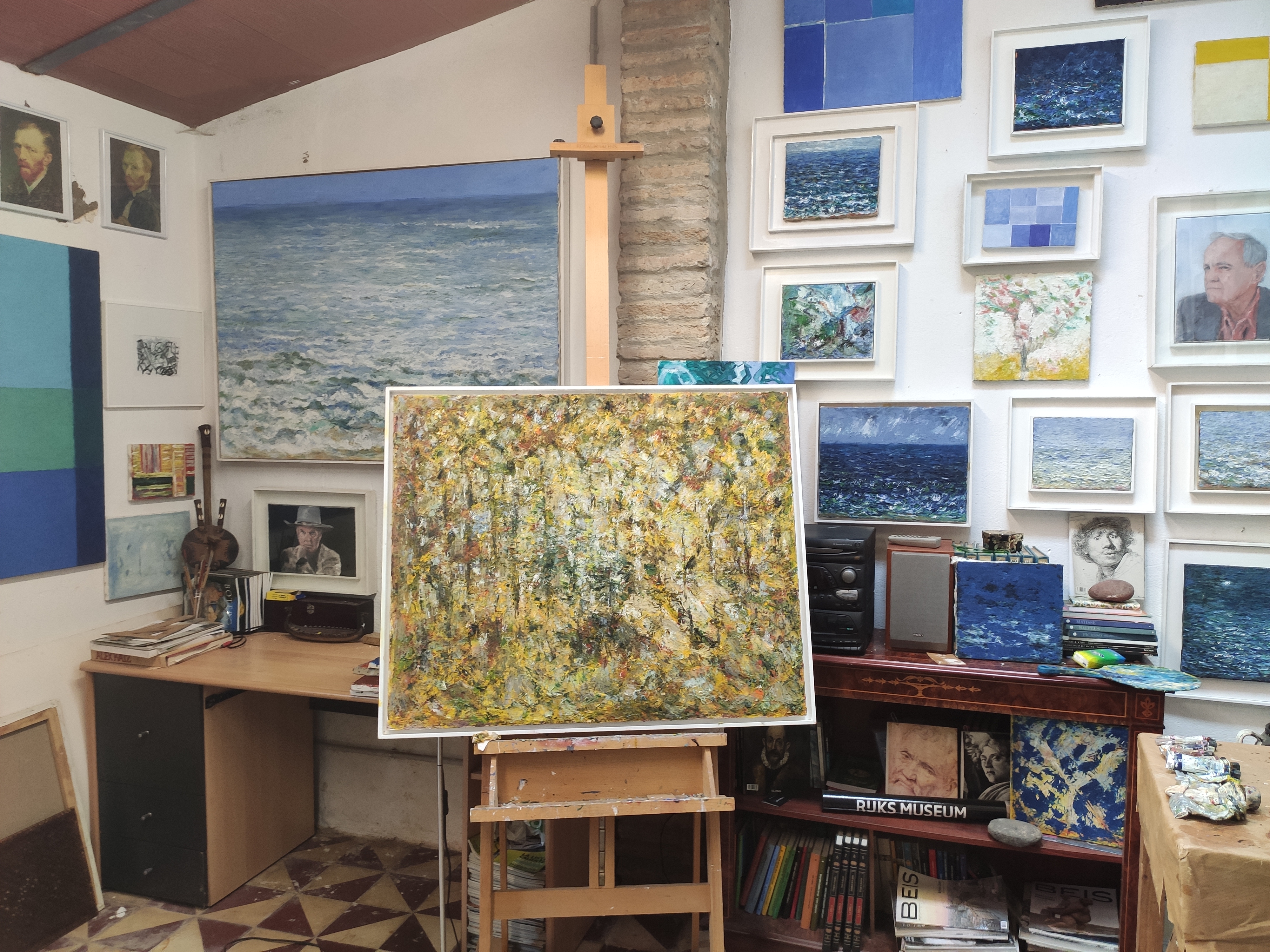 … Admittedly, my own fantasy was undeniably influenced by the fact that my father’s painting workshop was in Moguer, a mere ten miles from the port of Palos: the exact place where the Three Caravels of Columbus departed for the unknown hundreds of years ago. Originality biased by geography for sure. But for now, I could only stare once again at the geography Dorothy’s exquisite body, from top to bottom, for the winsome curves of her breasts to the perfect plains of her flat stomach; all the time thinking that I must be among one of those unearthly elements that allowed one to travel in the space-time fast lane; kind of a vortex that travelled at the speed of lust. And then, while gazing at one of my father’s famous seascapes, this one hanging from the wall behind her to dry out, I imagined the dawn of the 3rd of August 1492 at Palos as Columbus and his crew, about ninety men (no women insight, not following Noah’s formula of a pair of every kind), pulled up anchor and set sail for the Canaries where the trade winds would guide them to the New World. The direction of the winds following the path of history or vice-versa; while the purpose and use of every single sail, divided by the ocean’s currents, the sightings of birds and fishes and the intuitive course Columbus followed prompted by the nightly position of the stars. Columbus was a world-class note taker and jotted down every detail (in a stylish way I should remark) in his diaries which today give us the possibility to sail with him during his four trips to America … that is, if you want to go, which Dorothy obviously did not.

… Dr. Ferdinand’s office was a mahogany wood paneled affair, stained dark by centuries of professorial pipe smoke I suppose whose walls were covered by framed degrees and honors from universities and institutions far and wide. I couldn’t help but notice that his own published works were neatly arranged on his bookshelves with multiple copies of each. My enlightened researcher, Alice Gould, had warned me that you were taking your life in your hands if you so much as mentioned Stephen Hawking’s name in his presence as he was green with envy; even rumored to have declared for all to hear, at a well fueled university cocktail reception, that Hawking had received no less than the sympathy vote when he was voted a fellow of the Royal Society, an honor that had bypassed Doctor Ferdinand.

The room was so dark that I could barely see him at all when I first entered; the atmosphere so silent and somber, I had the feeling I was being sucked into some kind of a black hole, of which Doctor Ferdinand was a noted specialist, but as my eyes focused, I realized he had his back to me and when he swiveled his chair to face me (for dramatic effect I’m sure) his pasty white face lit up the room.

… What can I add about my father’s infamously weak memory? Personally, I have my doubts and suspect he’s reached an age where he remembers only what he desires. And yet desire itself is nothing but memory, isn’t it? Kind of like infinite memory, if I believed in infinity which I surely don’t. Everything has an end even if it’s just a new beginning. But it hasn’t always been this way, I can assure you. For example, my father, who is a Football fanatic, once forgot Real Madrid was playing a Champion League’s semifinal versus Bayern München. When he appeared in front of the TV at half-time and realized he had missed half the match it absolutely ruined his day and mine because he was in a really foul mood for hours, even saying it was my responsibility to have waken him from his siesta for the game. And I felt guilty!

Sometimes I suspect these lapses are faked but how on Earth could I ever prove that? Yesterday, for example, when the issue of the so-called decadent rocker Elliott Murphy came up, I’m sure he was not being honest. It was obvious he recognized the song as being by Neil Young, that’s believable, but I am also sure he knew who was singing it: this American ex-patriate guitar slinging guy who apparently corrupted his goddaughter or whoever this Dorothy really is. 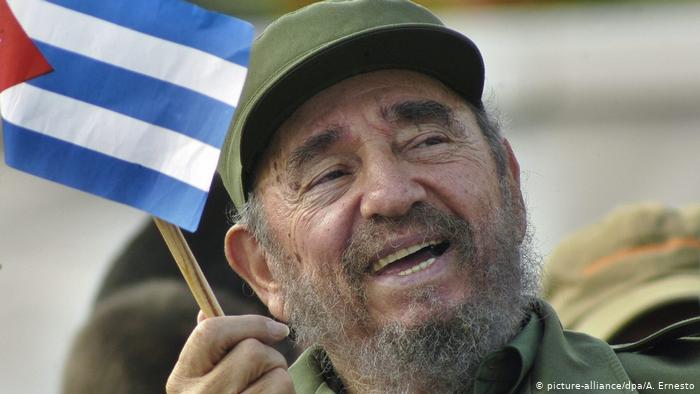 … Strangely enough, after a walk around the Wharf of the Caravels where exact reproductions of the modest Niña, Pinta and Santa Maria are on display (and where one can wonder how the fuck anyone thought these over-sized rowboats could cross an ocean) I find myself reinvigorated; primed to re-entry the fray and cast my fate to the wind … something the three ships of Columbus were all but useless without. So the question is, how can I re-set my moral compass and despise all that Columbus set in motion, deliberately or not, (i.e. the death and destruction of the Arawak Indians and all the other native Americans, that were a result of his quest for glory) while still regarding him as some kind of role model? My main man? Even a misguided hero? Think back to all those sailors born here or in the surroundings of my hometown who accompanied him. Are those poor sailors guilty too? Leaving family and familiarity behind to weigh anchor for the complete unknown all in the name of a misguided sense of progress? It was akin to being born in an area that produced generations of astronauts at a time when the frightening and mostly unchartered earthly oceans were comparable to the vastness of outer space. Let’s take for example this newly discovered and extremely contagious Corona virus they are fighting now in China and Italy and seems to be already among us here in Spain. Perhaps it was brought to us by Aliens in their own Niña, Pinta and Santa Martian! 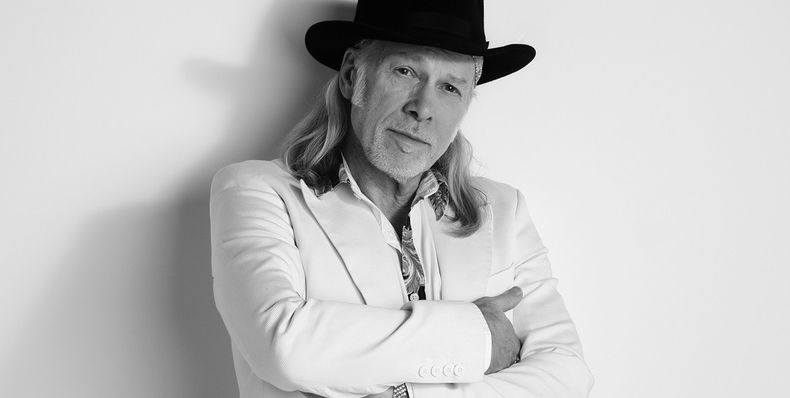 Chapter 5: The Last of the Rock Stars

“So what is this Corona shit? Is it like herpes?” asked Dorothy.

I had been standing behind Dorothy and feeling very left out of this conversation. These two obviously knew each other well, they shared a certain repartee, an unspoken language, something I got the feeling that I would never be a part of. They were rock ‘n roll and I was an academic and that would never change, in spite of all the adventures we could share, the risks we could take, the intimate situations we surround ourselves in when the confinement finally came just like that dust storm which I fear is now biding its time right around the corner, something akin to W.B. Yeats prophecy in The Second Coming:

And what rough beast, its hour come round at last,
Slouches towards Bethlehem to be born?

But can a virus slouch? Who knows? But I did know enough about pandemics, including the misnamed Spanish Flu which actually began on a US Army base in Kansas, that they were no laughing matter.

Chapter 6: Love in the Time of Corona

-Elliott Murphy “What the fuck is going on”

When lock-down came to Paris, I found myself formulating a whole different concept of what freedom had signified to me previous to the pandemic. Not only the concept of trapped but also that of safety. I had lost my freedom and was trapped for my own safety. It sounds like 1984 doublespeak but as an academic whose work has always been trapped inside certain constraints I thought I could easily adjust to what I hoped would be a temporary unreal situation. I thought this imposed inability to move would keep my brain still, minimize my obsessive thinking, in a word (or three) calm me down. I have seen lions pacing in the cage of a zoo but never pacing in the wild. Perhaps, pacing is the emotional reaction to being trapped. As if we need to define what physical space we are left with. Dorothy put up with that, she moved quite a bit herself, especially in bed. But when I began to count the knives, forks and spoons obsessively, on a daily basis, she regarded me with less than tolerance.

Chapter 7: The Fall of the house of Moguer

… Marcelo Lobo caressed his chin in long loving strokes. “I was never able to get from your father where his devotion to Latin comes from. It’s a dead language. By the way, how’s he doing?” He pointed to the upstairs.

“That’s quite a transition, Marcelo, from a dead language to my sick father. He’s with his doctor now. But honestly, if you want to know why he loves Latin you better ask him soon. It appears we’re running out of time…”

“Well that was a phrase that they both, your father and Balbino, loved to repeat over and over again in the orchard while the bees were buzzing among the thyme. It was so boring that I tried to ignore them but finally I couldn’t avoid asking them about the meaning, or I was going to be left out of the joke. Your father pointed to Balbino and he explained it was a line from Virgil’s Georgics. Aërii mellis said your father again … Isn’t that marvelous, Luis?”

“So, what does it mean? Is there a point to this story Marcelo?”

“Celestial gifts of the air honey. I’m surprised you didn’t know. Too many numbers going around your head I suppose. Aren’t you some sort of mathematician?” I shook my head in agreement. “But now when I drop a spoonful of honey in my coffee I think of Virgil, your father and Balbino.

“You might give some thought to the bees. An enlightened coffee indeed.”